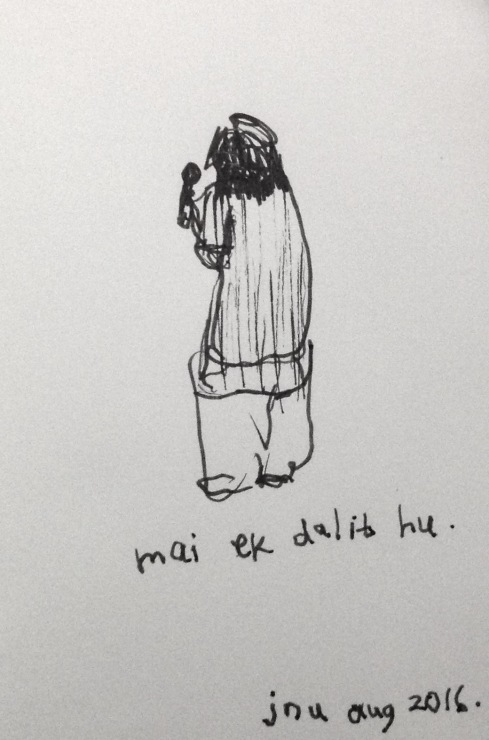 I think this is also a possible way of getting to a drawing. It requires its own twisting and turning and twisting and curling and zooming into and creating lines of walking.

I think this is a possible way to get to a “new mark”. A new mark would need new experiences which are not from the newspaper, the internet, the library or imagined / thought of! They are of how you follow a route of being in nature, seeing the animal world and then different modes of thinking, especially science or maybe philosophy? Its like jumping into listening from a scientist what is animal physiology ? and then seeing ‘the animal’.

I don’t know? but i had to rely on a way to build up something. And I tried this method because I had not tried it before and this was also a way to know the university.

What interested me, or what remained was how the sound of the rhetoric, whether it was the subtle talks on “Duality” in a triangular open corridor facing a palm tree or listening to a loud pitch lecture on Brahmins, Casteism, Dalits in an open space divided by a building, staircase and car parking or the visual of the speeding green bus passing me near the School of Sciences, or a performance of a woman who pretends to be a man in a suffocating dark auditorium or sounds of people inside classrooms above me as i discreetly sketch on the walls.

I would see this as a way to say something. Its different from talking about it. Because in the process of mark making, you are ‘saying something‘. Which means you say something by creating it and you ‘say something to it‘ as a form of dialogue.

In practice, I saw myself ‘saying something to it’, speaking to the sketch on the pillar.